B11 formula fin is available in all sizes.

Steve Allen (AUS O) finished 2nd in formula Worlds, just marginal one point behind the winner. After testing a lot of different fins Steve chose to use BOSS B9 fins!! Congrats to Steve!

Nikolas Skarlatos (GRE28) become Greek formula and slalom champion 2013. He was using B5, B6 formula fins and 6.0 slaloms. His sister Gelly did well too, she won Red Bull crossing in Alacati and was 11th overall in PWA with BOSS fins. Congrats to both!

New models for 2013 are ready for production! 6.0 for slalom and B6 for formula. Both models have been amazing in testings.

“The conditions were very unstable and difficult, ranging from 3 to 35 knots with shifts up to 90 degrees so it was more up to luck than real speed of the riders but i enjoyed the championships very much and my setup worked really well when the wind was actually there:) I was on Neil Pryde evo III and IV, Starboard 167wide and 2 BOSS B5, both of them just 70 but the board deliveres tons of power so light and slippery fin is required. For 12 and lighter stuff i used S- – rake 8 deg. and for 10,7 S- rake 10,5 deg. With straps all the way back and mast track 5 cm forward from recommendation, it was flying like a slalom board. BOSS B5 70 proved to be slippery and fast with great upwind performance. The only fin that i really like on the new board.” 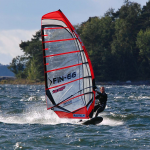 Jon Torwall won slalom cup in Finland. Jon was unbeatable winning 5 out of 7 races. He was using BOSS 3.0 40 with isonic 107 and 8,6 Reflex II sail in all 7 races. Jon’s comment was: “When gusts hit i was accelerating over others easily” Congrats Jon!! 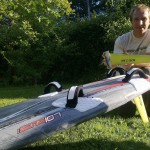 Anders Smeds FIN 312 won 2nd round in Finnish Formula cup in Kalajoki. He was using BOSS 73 in all 8 races. Congrats to Anders! 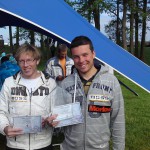 The BOSS custom fins is now in facebook,  you can find latest pics, story’s etc:

Ari Oksa FIN 999 won GPS speed challenge competition in Finland using 38 BOSS fin! Due to lack of speedspots in Finland this competition is done in open sea. Ari’s 10×5 sec. average was 31,16 knots. We congratulate Ari for his great result!